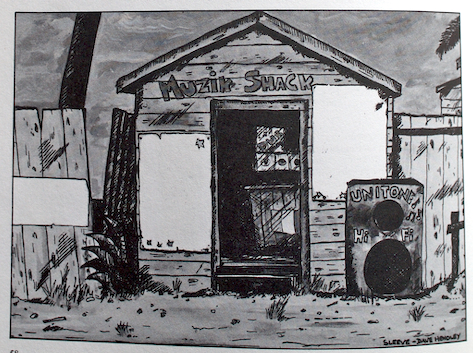 The counter-counter-information is provided by I-Roy, who admittedly doesn’t appear as a ghetto man with all his diamond rings & things ... but that’s how the reggae artists express themselves. The ghetto, he says, or the slum, is where the real Jamaican life is lived. That’s because the people is so poor on money and so rich on culture. And due to this, the political elite, obviously forming an overclass, never stops persecuting the people, which is constantly and even increasingly underclass. – Because they’ve removed the chains, but they still enslave us with their brains, the man says. – We no need no leaders. What we need is freedom.

Culture: Natty never get weary / Side B, Dub version. Single from Virgin Records, 1978.

Typical dub, this. By the way, you'll recognise I-Roy's voice at the very start of the dub. It was always like this: Whoever was there in the studio at any time contributed to the present recording if and when it was feasible.