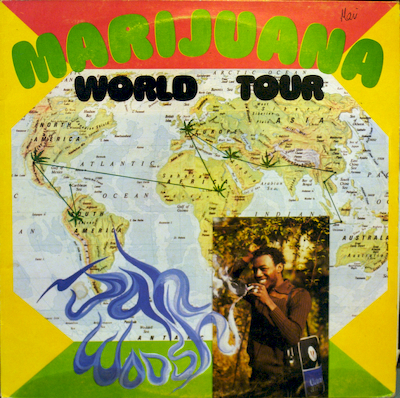 In most countries, ganja is anything but legal. It used to be legal, however, until the youth of the 60’s started to use it and their parents got it banned. The ban criminalized large parts of my own generation in the West; in Jamaica, however, about 70% of the population use it and are subsequently criminalized. It is consumed as widely as by housewives who drink ganja-tea, by Rastafarians for whom it is a sacred activity, by poor ghetto dwellers to keep the hunger at bay, and as a part of the creative process of making Reggae music. The country’s authorities have, however, never recognized this important part of Jamaican culture.

There is a lot of entertainment in this hilarious encounter with a world-wide culture of illicit drugs, featuring Hong Kong, Germany, Holland, Lebanon, Columbia, England, Thailand, and Jamaica. Jah Woosh is an easy-going and popular DJ-artist turned producer.