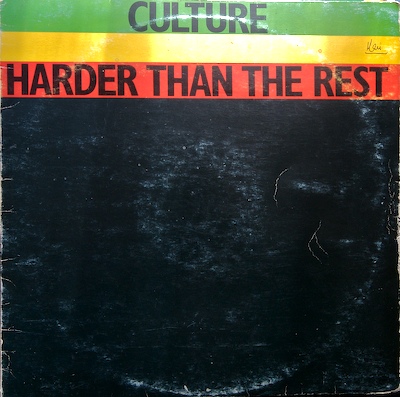 The unenthusiastic rivalry between the two political parties is echoed by a stronger, a more hands-on rivalry between their support groups in the ghetto. One party in power pours resources into its own support area; the other builds up other areas. As a consequence, the ghetto is sharply divided in PNP and JLP areas. This tragic situation is accelerating in 1978 when the JLP ghetto leader Claudius Massop is killed by the police and his counterpart, PNP Bucky Marshall, is placed on the police’s most wanted list. In the process, dozens are killed and the violence is spiralling upwards and out of control

Culture: Stop this fussing and fighting. From the LP ”Harder than the rest”, Virgin Records 1978.

One of the mostly appreciated ”harmony groups” or vocal trios on the reggae scene, and rightly so, Culture is also famous for their social commentary.