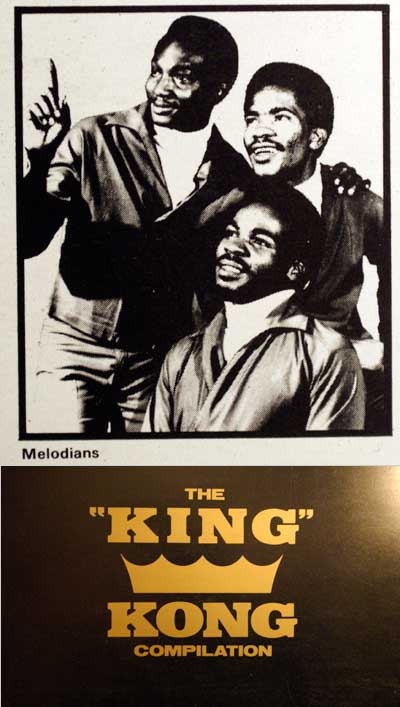 Visiting ”Skateland”, a skate-based reggae disco at Half Way Tree, Kingston. The year is 1978. The crowd is young and dancing on skates. The DJs gather in the corner and compete till broad day light.

The Melodians: Rivers of Babylon. From the LP "The King Kong Compilation",
Island Records, 1981. Produced by Leslie Kong.
A classicSir production from a great producer.This is "the real and
original" Rivers of Babylon production from one of the great Jamaican vocal
trios, The Melodians, to melt your heart. The original recording was
probably done in the late 60's. The song was was used in the movie "The harder they come", starring Jimmy Cliff.

BACK
(pre reasonings/chapter with music)